Germany - Helgoland, the red rock in the North Sea

About one island that turned out to be two: Red rock, white clouds, blue sky, sea breeze, hiking, birds and nice seafood

On the "Fair Lady" from Bremerhaven to Helgoland we had a very pleasant ride to the island that had fascinated me for such a long time. The sky got blue, but there was pretty much wind. We had a nice seat inside along a large window, so we could make ourselves comfortable, but it was great to get on the open deck for a while and take in the salty fresh air.

After about two hours, the island came into sight. When we got closer I realized that it actually were two islands: one consisting out of red rock (that is Helgoland as I imagined it), and one was more line a bunch of sandy dunes (appropriately named "Düne" which means Dune).

The ferry cannot moor to the jetty. Debarkation is with small tenders. 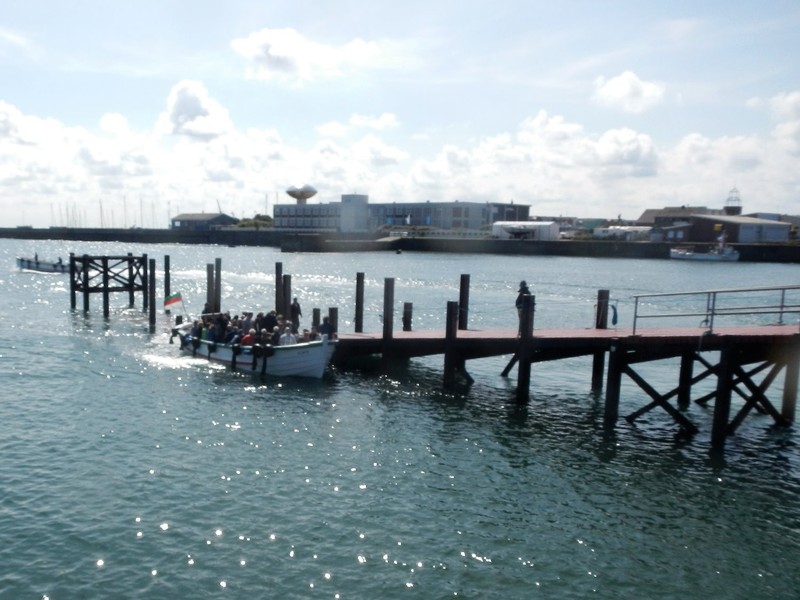 When we walked from the jetty to the village we noticed that there were many day trippers on the island, but it did not feel like overcrowded. We belonged to the not so many that had baggage with them to stay overnight.

The island is divided in two parts. One is more or less at sea level, and when you walk through the shopping street, you can see that it ends where the high part of the island starts: a high red cliff like a wall at the end of the street. There is a steep walking path to go up there (our hotel "Auf der Hummerklippen" was on the higher part), but there is also a very convenient public elevator that takes you to the upper town for a small fee. 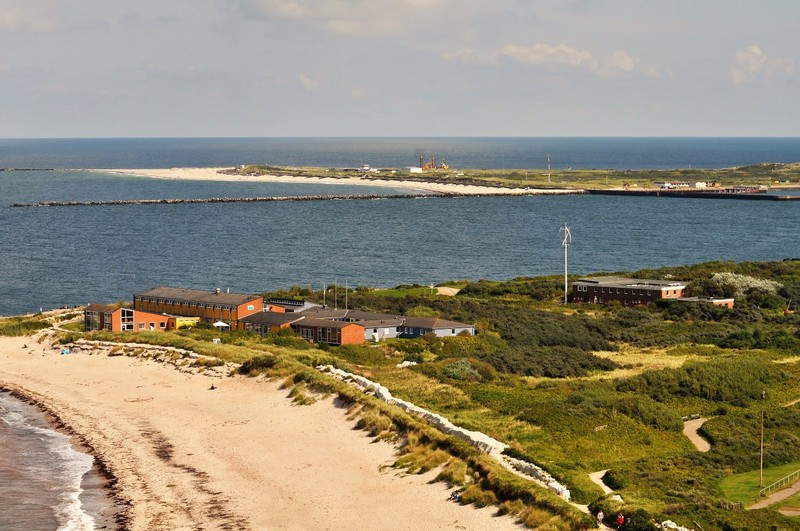 We already already had lunch on board (a very large bowl of pretty good goulash with bread), so after checking in at the hotel, we started our walk around the high part of the island. There are well maintained paths that basically follow the edge of the cliff. In principle you can walk around the entire island (the high part) in about an hour and a half, but realistically it will take you much longer.

The reason is the scenery on the north end, and the cliffs with thousands of gannets. I had seen these impressing sea birds in Iceland from some distance, but here seems to be the southern most place where you can approach the North-Atlantic species of this birds very closely. Everybody takes loads of pictures there, and so did we. 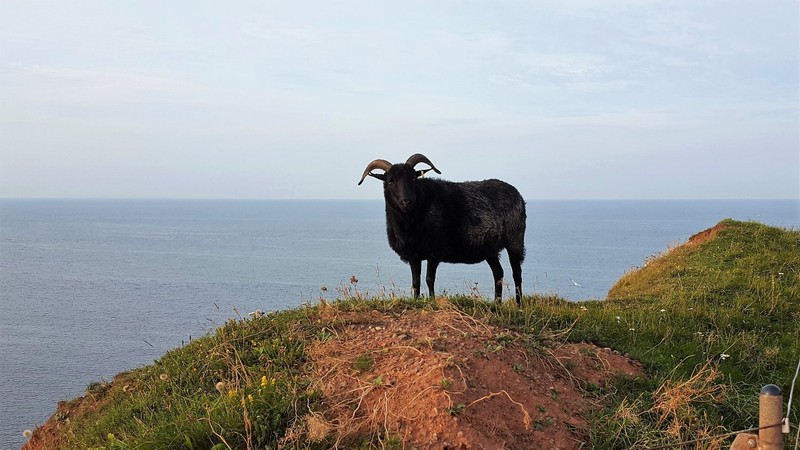 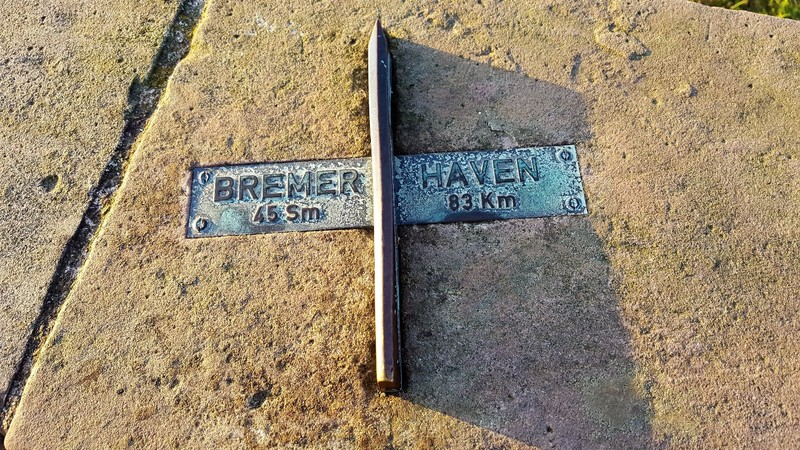 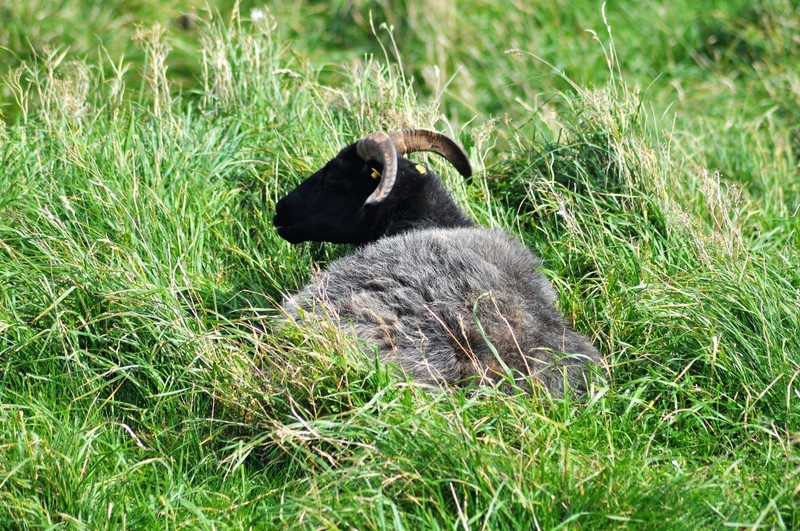 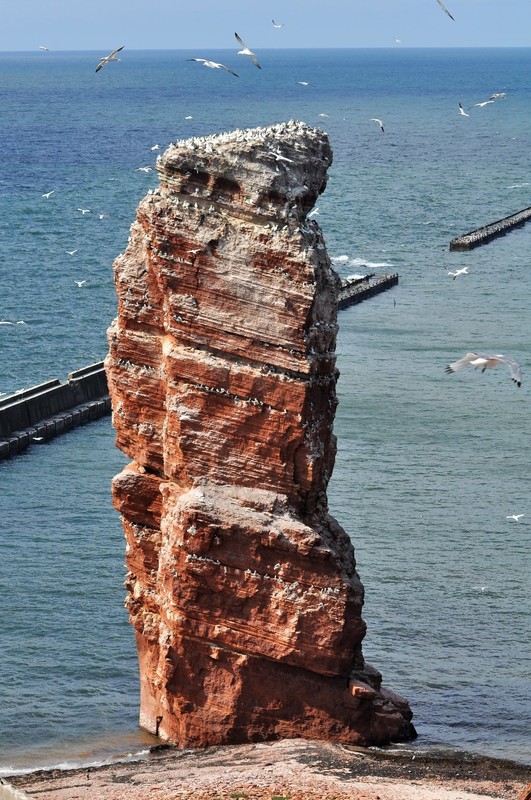 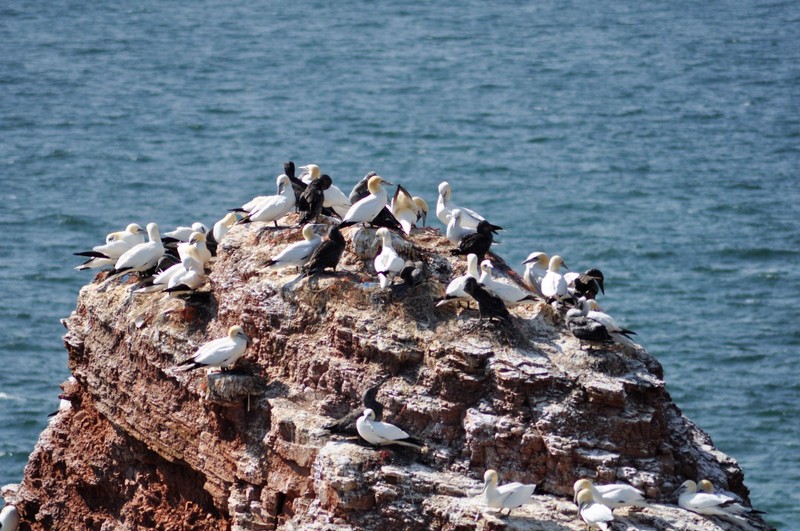 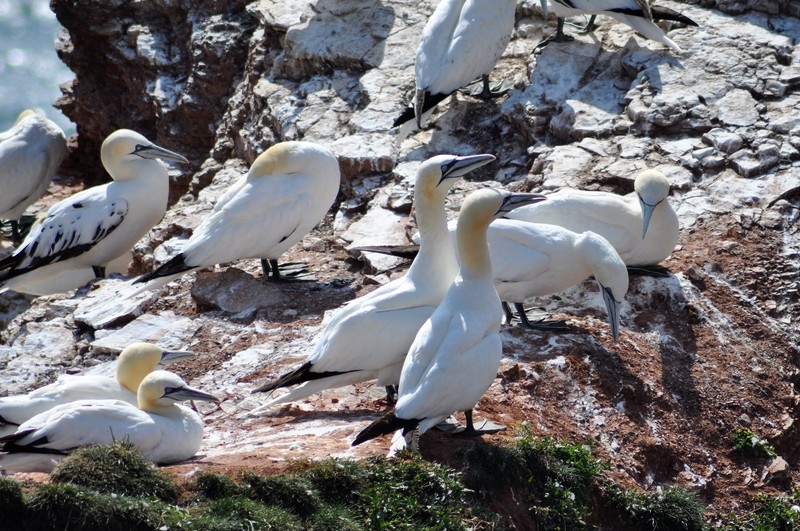 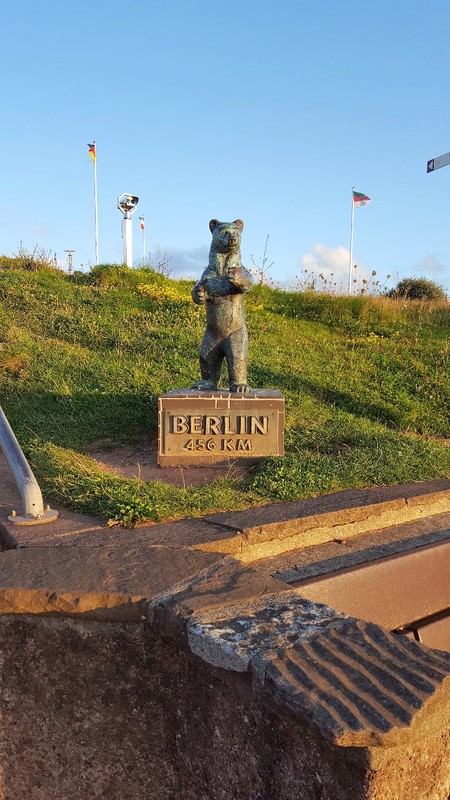 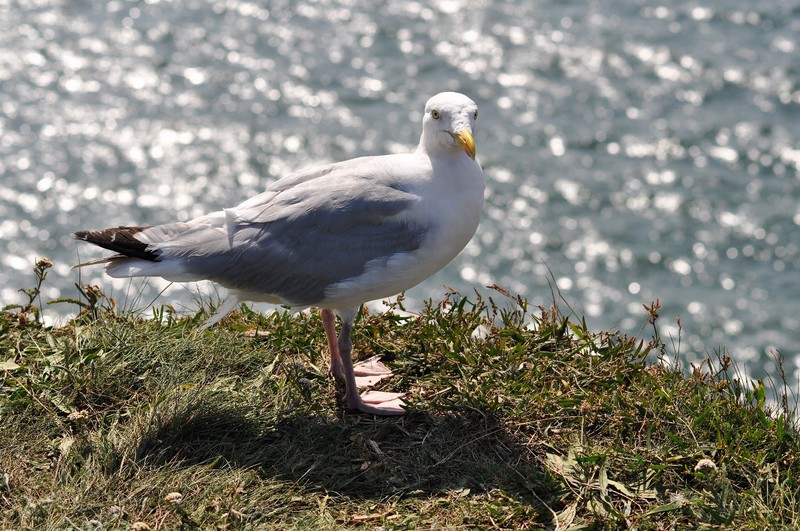 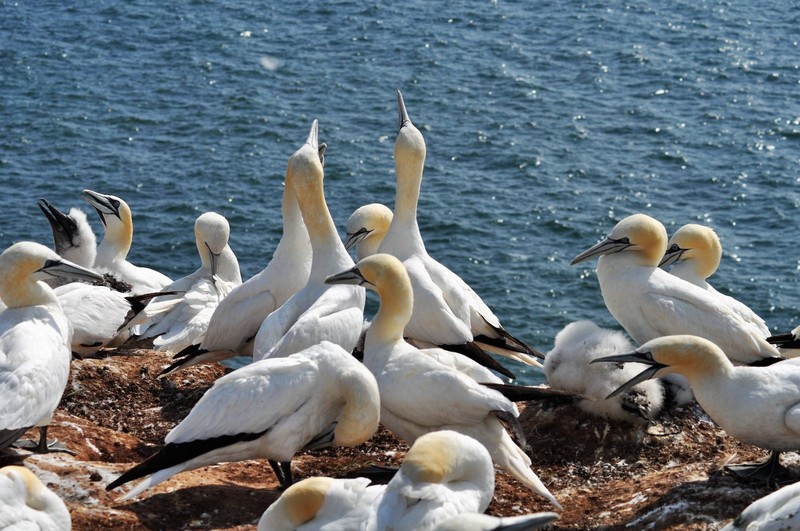 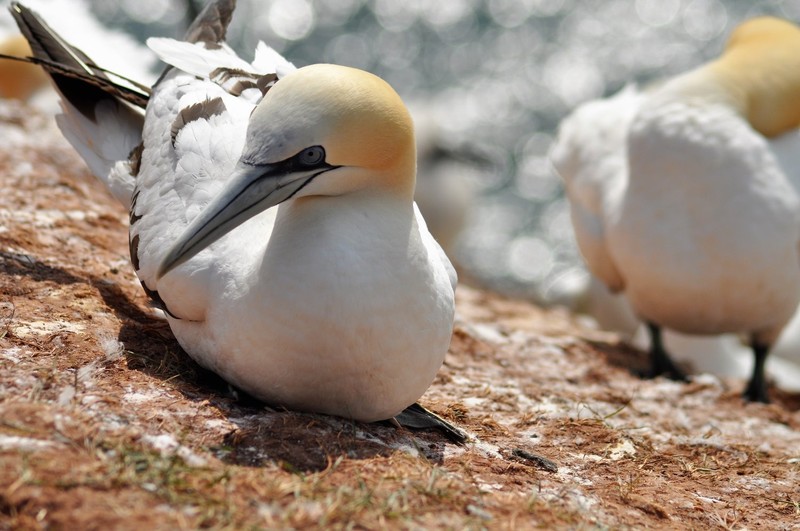 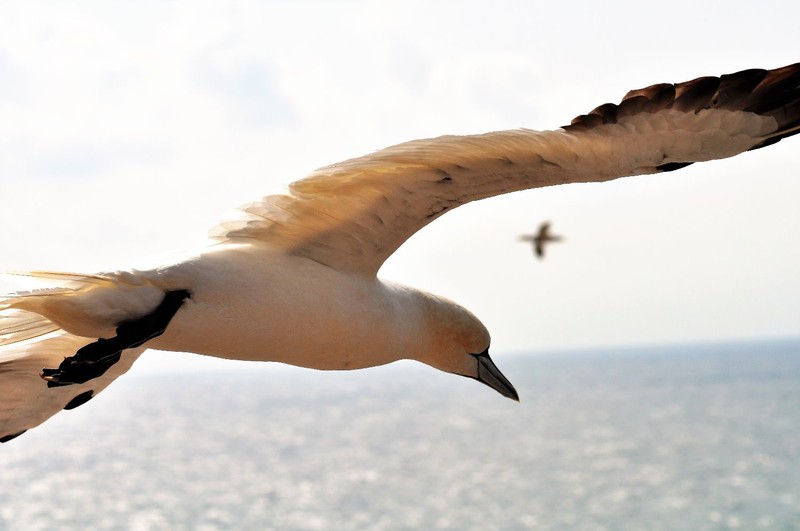 The island houses also a number of black sheep and cows that walk around in the open. We spent the whole afternoon taking in the colors and the nature and the fresh air, and went back to the hotel for a drink and some rest.

In the evening we had a long dinner with view from the cliff in a small Italian(?) restaurant up there, before we went back for a well deserved sleep.