The dune is an island, or is the island a dune?

The next morning we woke up quite early, and we still had to wait a little before breakfast would be served. The weather looked promising and the sun just came up. Yesterday we had seen tiny motor ferries shuttling people from Helgoland to the island opposite, called Düne (Dune). That was the plan for today. But first I still took a little walk around the island to take some pictures. And from the cliffs I saw the first seals swimming in the sea. 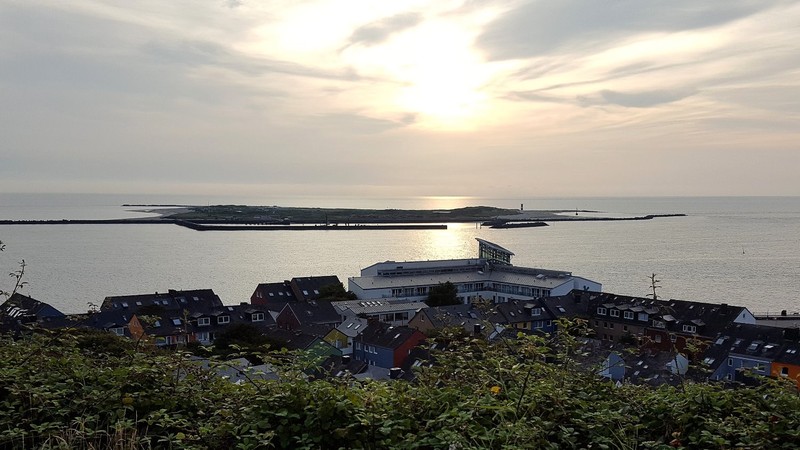 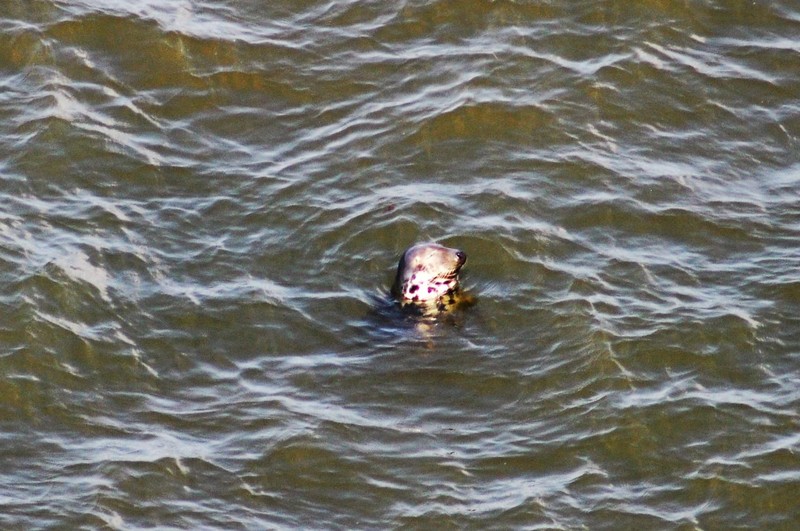 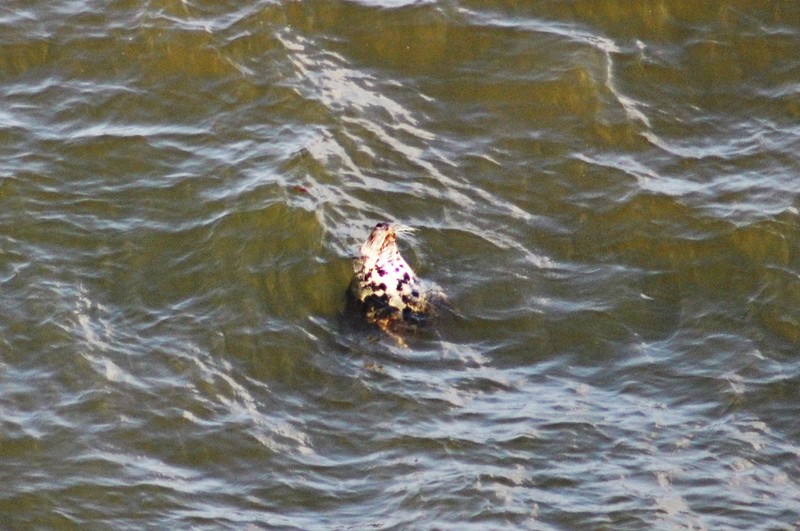 After breakfast we walked the zigzag path down to the harbor, and went on board one of these small boats. It takes only five minutes to arrive at Düne, which is nothing more than a dune in the sea with some holiday homes, a beach all around (part of which is a beach consisting completely out of pebbles and seashells), two colonies of seals, a few beach restaurants and to our surprise an air strip. The airstrip is mostly used by private planes but it seems that there are also regular flights with small planes from some places in Northern Germany. 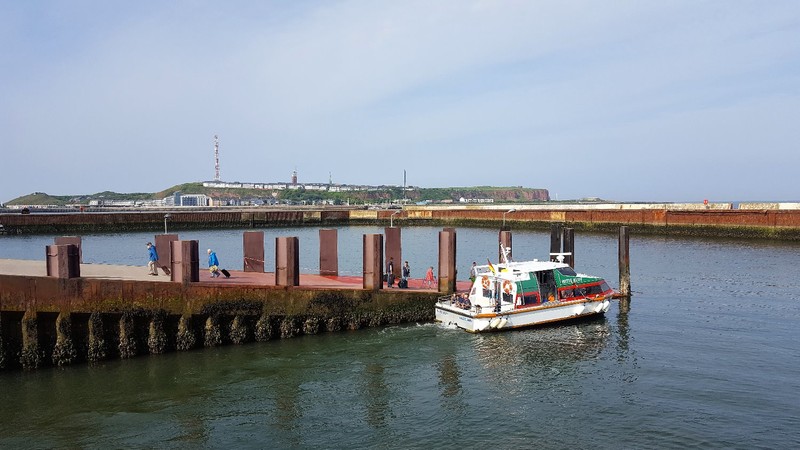 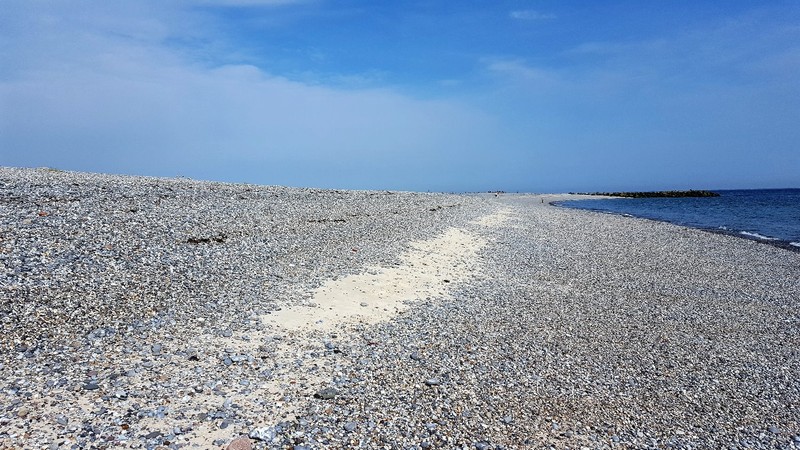 At one point on the beach, there is actually a "crossing" with the flight path of the planes. There is a warning sign to watch and wait if there are any planes coming, before crossing 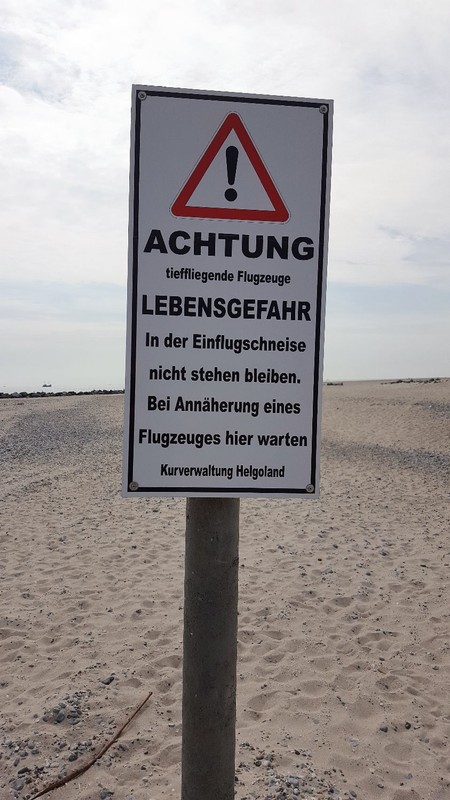 We walked all around the island, took in the view of the seal colony, had a late and long lunch at one of the restaurants, and took one of the boats back to the main island.

In the evening, we walked to the east side of the island where an island museum is. It was closed at that time, but there was a small lighthouse and some typical island houses that were nicely illuminated. 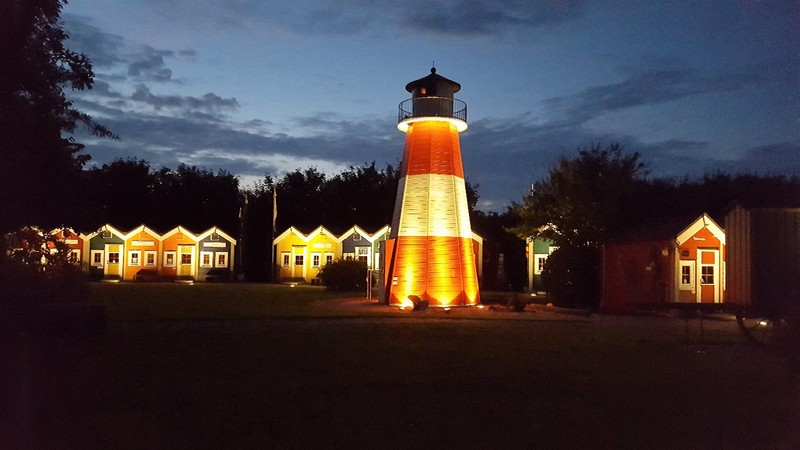 We had a very nice seafood dinner in one of the restaurants in the lower town, before taking the elevator back up to our hotel.